Contribute Your Model to Modelhub¶

The following figure gives an overview of the necessary steps to package your model with the Modelhub framework and eventually contributing it to the Modelhub collection. Read further for detailed explanations of all steps. 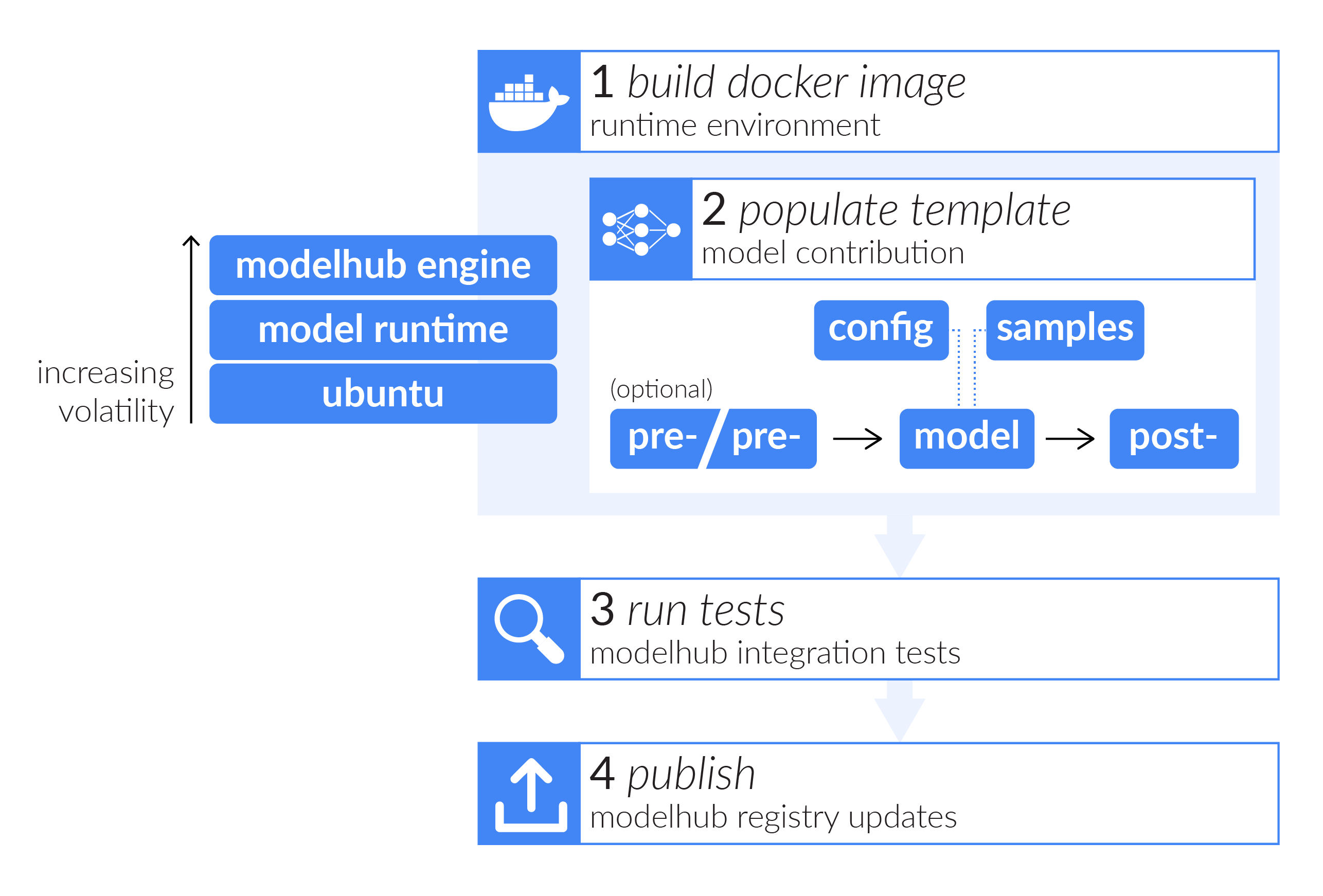 HINT Take a look at an already integrated model to understand how it looks when finished (AlexNet is a good and simple example. If you have a more complex model with more than one input for a single inference, have a look at one of the BraTS models, e.g. lfb-rwth).

To package a model with our framework you need to have the following prerequisites installed:

2. Prepare your model based on the modelhub template¶